Skip to main content
The University of New Mexico

During the 2022 legislative session, students successfully supported Senate Bill 32 (SB32) sponsored by Senator Siah Correa Hemphill, a funding bill asking for $500,000 to create an outdoor classroom program in the Public Education Department. SB 32 was later folded into House Bill 2 (HB 2), the state’s overall budget bill and was sent to the Governor’s desk, which she signed in March.

This year Wild Friends students worked on Senate Memorial 1. The Memorial proposed an Outdoor Classroom Task Force for New Mexico, as well as a day for outdoor learning designated by the Governor!

2020: Creation of the Pollinator License Plate

You can purchase your own pollinator licenses plate on the NM MVD website. Scroll to find the pollinator license plate and print the corresponding PDF. Mail the necessary information and payment to the address listed on the PDF.

The bill will create a license plate to fund pollinator protection projects on New Mexico’s highways. Featuring pollinator art by students, proceeds from plates will go to the New Mexico Department of Transportation to plant native flowers and grasses. NMDOT will also create demonstration gardens with educational signage at rest stops.

During the 2017-2018 school year, Wild Friends students worked to improve and increase habitat for pollinators through the Pollinator-Friendly Plant Labelling Project. Students researched pollinator-plant pairs and contributed art and information to the Wild Friends Pollinator Friendly Plant Guide, and shared the guide with nurseries in Farmington, Silver City, and Albuquerque. Thousands of pollinator-friendly plant guides and plant stakes were distributed to 20 local nurseries in nine communities, as well as to botanical gardens, nature centers, and cooperative extensions across New Mexico! This work was the result of SJM4, passed by the NM State Legislature in 2017.

This memorial helps protect pollinators through a voluntary plant labeling project at local nurseries around the state; the creation of a pollinator-friendly garden at the Roundhouse; and the declaration of a second Bee Aware Day.

The final memorial calls for a study for recommendations to protect non-game wildlife from drones.

Check out Ladera Elementary School and their Drone pictures! 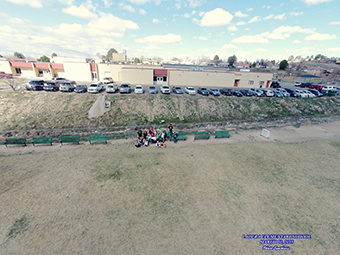 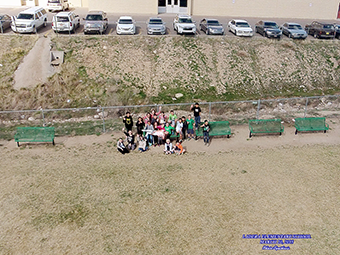 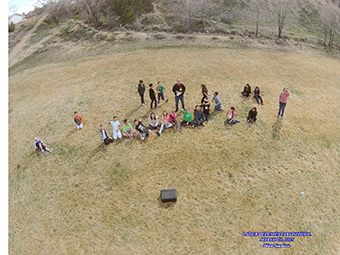 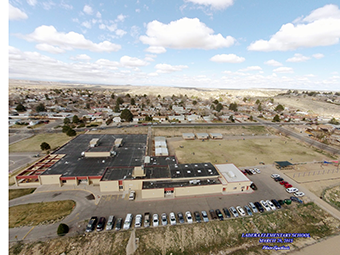 The memorial asks the state to recognize the rights of children to access to outdoor activities, and encourages state agencies to develop outdoor programs for children.

Wild Friends created a memorial to support the identification of wildlife corridors and crucial habitats, using existing resources and the assistance of diverse groups.

Wild friends passed a memorial to expand the recycling program at the state capitol.

The legislation lays out ways that state government and citizens can save energy to help slow the effects of climate change.

New Mexico became one of the 21 states to ban the practice of hunting animals with computers.

The memorial requested a study on increases in penalties for wasteful trophy hunting.

Wild Friends asked the state to name the Sandia hairstreak the state butterfly.

The memorial requested recommendations for a survey of the black-tailed prairie dog in New Mexico.

The bill required the State of New Mexico to join the Wildlife Violator Compact, an agreement between 47 member states to promote compliance with the laws and rules related to wildlife management.

Wild Friends asked the state to study the potential for New Mexico to join other states in the Wildlife Violator Compact.

The memorial requested a study of options to prevent cruelty toward wildlife.

The memorial asked the governor to declare a State Whooping Crane Day.